In a project that I’m working on, we have quite a few languages installed – more than 50 in fact. But also the project has multiple websites and each website it’s using maximum 2-3 languages, so it’s a nightmare for administrators and support team to jump from one language to another one in Content Editor.

For me was not enough to use the setting ContentEditor.SortLanguages on true from Sitecore.config, as this will sort the languages Sort Order field of each Language item.

So, in fact, this is one of the problems, having lots of languages and poor access to the ones that have the current item has versions on. And not being able to see the language flags – problem number 2.

And then, after the customization – both sorting and show of the flags the language list  looks like this:

So, for the technical part.

I’ve made changes to “\sitecore\shell\Applications\Content Manager\Galleries\Languages\Gallery Languages.xml” and I have replaced the call to GalleryLanguagesForm (Sitecore.Client.dll) in the CodeBeside tag with my own class containing the custom code. Btw, I’ve taken the Sitecore’s original code for this functionality by using a decompiler 😉

as the Html code is already prepared to display the icon.

Also in the code, I’ve assigned the icon for each language

I guess this is a change that was made in Sitecore 8 in order to improve the speed of Content Editor as in Sitecore 7 we were able to see the icons for languages in the language selector.

Since we wanted to sort our list of languages into a specific way I had to write a new Comparer for the Language object.

All the entire coding is added here, into a gist.

Later one I will try to see if any customization can be done into the Language selector in Experience Editor, as it looks that it’s implemented in a different way. 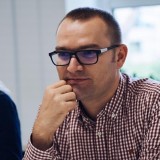